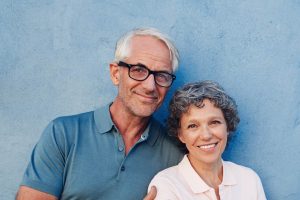 Certain eye conditions can affect the actual eye surface or the cornea. However, oculoplasty treats medical conditions that affect areas around the eye, such as the skin or eyelids. A medical condition called entropion is often surgically treated by an oculoplastic surgeon. Entropion is when the eyelid, usually the lower lid, folds inward, while ectropion is when the lower lid folds outward. When an eyelid folds inward, the eyelashes and/or eyelid will rub against the inside of the eye and possibly cornea causing irritation & discomfort. When left untreated, scarring of the eyelid or cornea or possibly nerve damage may occur. Entropion can affect both eyes simultaneously, but most cases of entropion affect one eyelid at a time. This condition is more prevalent in women and people above the age of 60.

What are symptoms of entropion?

Although entropion shares symptoms with dry eye disease, the source of dryness around the eye as well as the treatment is very different.

When faced with any of these symptoms, one should seek an eye doctor for an evaluation of their eye health. Immediate care should be consulted to treat severe cases of entropion. Symptoms associated with severe entropion can include:

Entropion that rubs against the cornea can result in a corneal injury and likely vision loss. The best way to prevent entropion from causing a cornea injury is to seek an eye doctor early. Any abnormal signs around the eye, such as eye pain, discomfort around the eye, or redness & inflammation are often covered by medical insurance. While entropion may resemble symptoms of dry eye disease, you may be at higher risk for entropion depending on your medical history.

Which medical factors cause entropion?

Entropion is treated through a relatively basic surgery that removes excess skin around the eyelid, and occasionally tendons and muscles are shortened as well. Your oculoplastic surgeon will evaluate the health of your eyes and share with you the process of the surgery as well as recovery. In addition, your eye doctor may recommend artificial tears prior to surgery to help protect your eyes.